How to protect your bike

That's it! Madam agrees, you have the funds, and the sunny days are approaching... You can give in for the bike of your dreams! And that's it, you're already beginning to think about all those pebbles that dream of throwing themselves at your brand new frame. There's no reason to panic, however: many solutions exist to protect a bike and we can only recommend you to do so when the bike is still new. A well-preserved bike will retain its value. 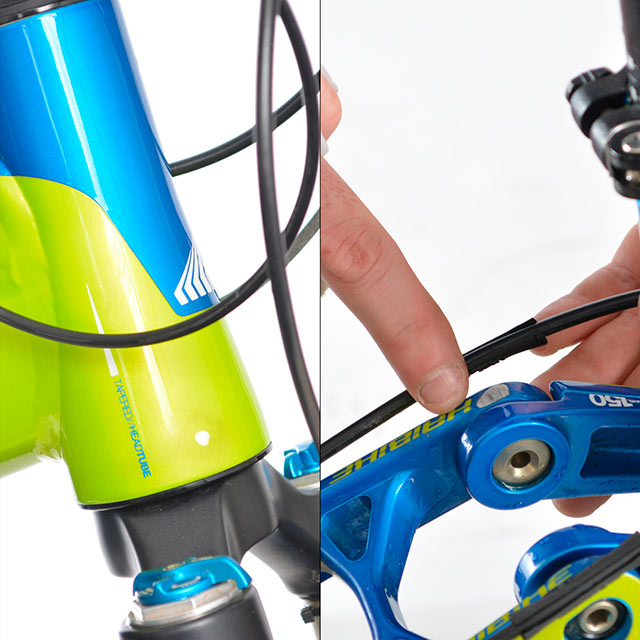 On these 2 pictures, we wanted to show the wear and tear that the casings can bring to the frame. These tend to "saw" the elements on which they rub. We therefore advise you to inspect your assembly in order to identify all the points of contact and to protect them with a "Clear Protect" type film. 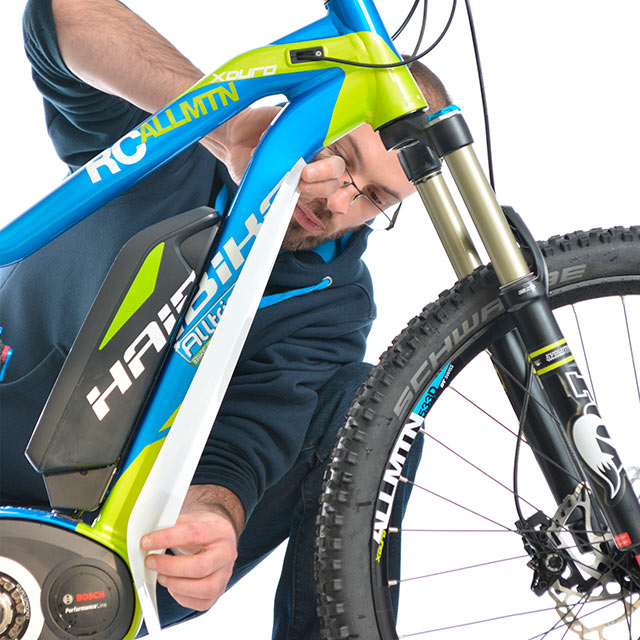 Measure the length of film that needs to be applied. 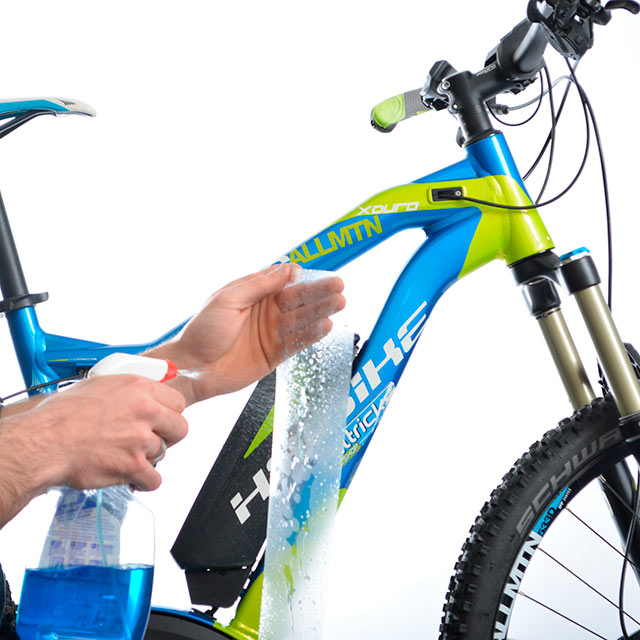 After separating the film from its support, apply screen wash over the entire surface of the film. 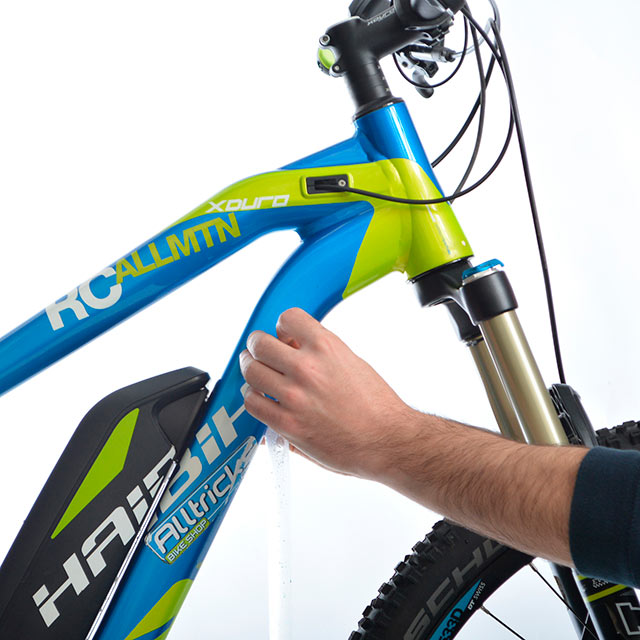 Carefully place the film. The most difficult part is to start by the tube's axis. 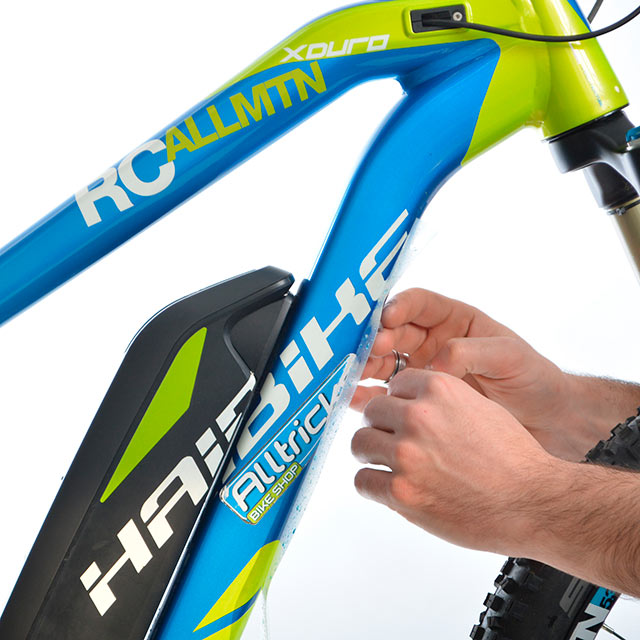 When you've just placed the film which is still full of windscreen washer, you can slightly "drag" it to position it correctly. To maintain maximum freedom, we simply put the center of the film in contact with the center of the tube. 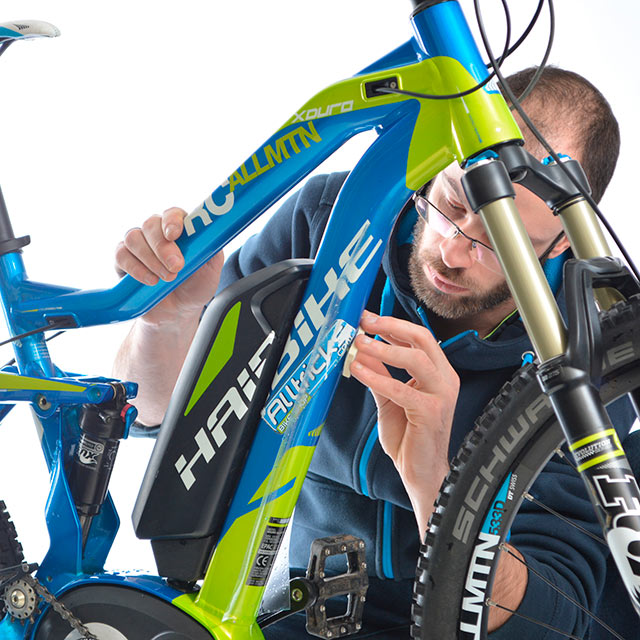 Once you are satisfied with the position, press the entire film around the tube. 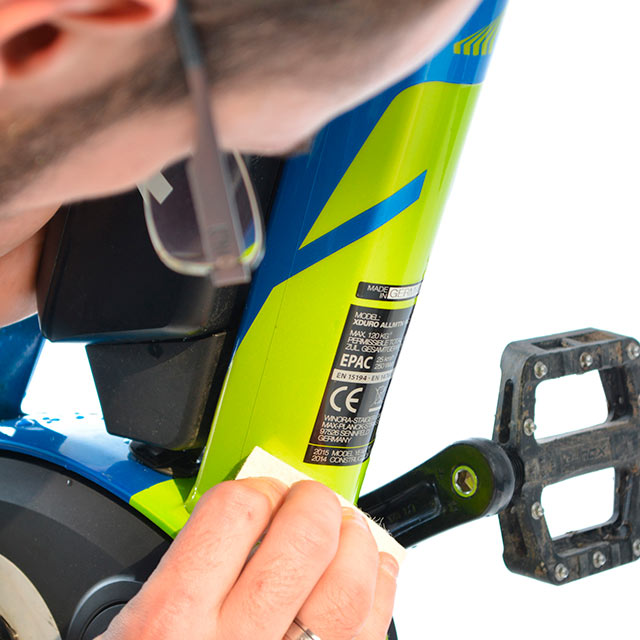 7/ Get rid of the bubbles

Then rub the film carefully with the piece of felt provided, from the center to the outside, until all the air bubbles are eliminated. 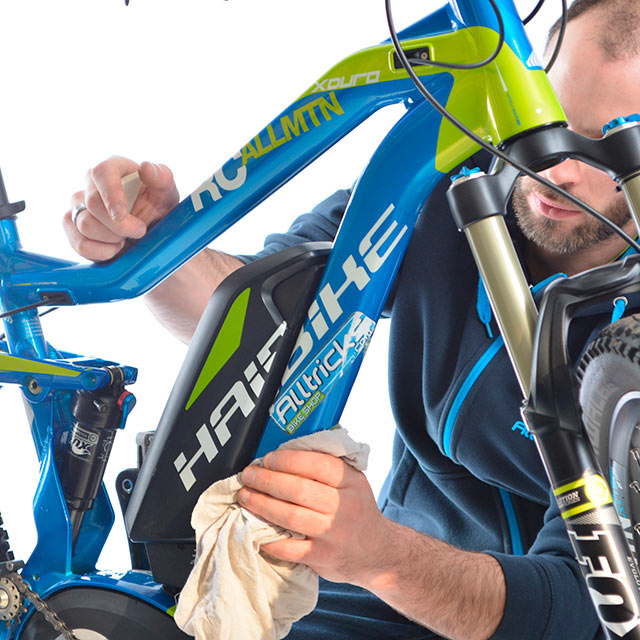 Using a soft cloth, wipe off the excess screen washer you previously removed from the film. Once dry, the film will not move. 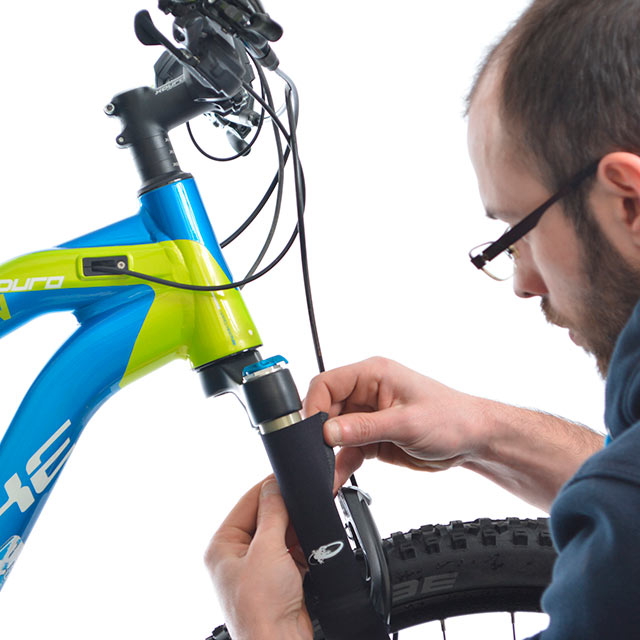 Another effective protection system in extreme conditions: the neoprene fork boot. Very simple to use, it protects your fork from impacts and impurities, thus prolonging the durability of the fork seal. Be careful however to dismantle it thoroughly, clean it and dry it every time the bike is washed, as it may also have the adverse effect of retaining dried dirt if it iisn't cleaned properly.

10/ Compression of the fork boot

The elasticity of the neoprene won't interfere with the functioning of the fork. 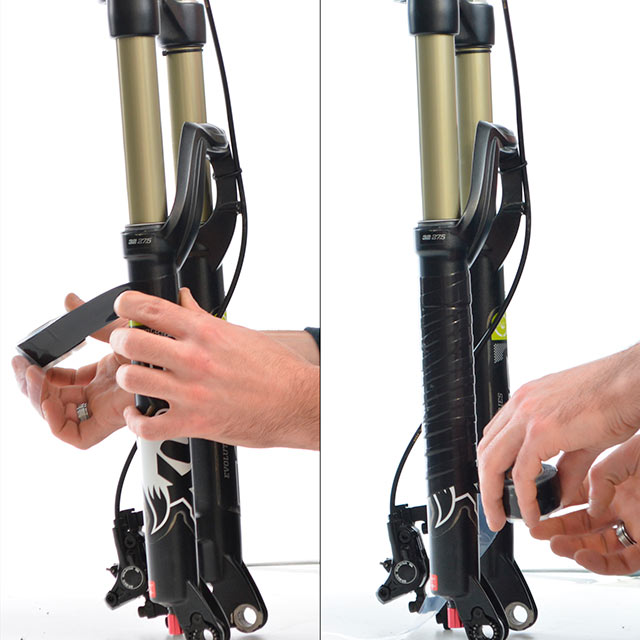 Admittedly less aesthetic than the Clear Protect, the Silicone film is easier to install, self-adhesive (it sticks with itself but isn't self-sticking) and you'll merely have to start by spinning it on itself, cover the zone that must be protected in "half-covering" and then finish with a new spin on itself. It has very good non-slip properties which makes it a very good interface to mount your various accessories (sensors, computers, supports ...).